Apple held it’s October Event titled “Unleashed” yesterday being Monday, and it was just as huge as the previous one held weeks ago.

The California event was mainly focused on debuting the iphone 13 model smartphone as well as the new series 7 watches, but the highlights of the new event Unleashed was mainly about the new MacBook pros, alongside the next gen Airpods.

Apple has just unleashed it’s new model MacBooks and they launch in two different sizes- 14inch and 16inch MacBook pro. The notable feature about the new MacBooks is that they spots faster chip which makes them much more faster than the prior launched MacBook Pros.

The newly launched laptops houses Apple’s new M1 Pro and M1 Max processors/chips which Apple claims is 4 times the speed of the prior M1 chip used in the prior models.

Meanwhile, Apple discontinued it’s MagSafe (quick-release connector) in 2017 moving to USB-C charging port on its newer laptops, but the company decides to bring back the MagSafe in this new model.

The new MacBook Pros not only supports fast charge via USB-C, but also supports the updated MagSafe 3 plug ports with more enhanced power than it’s previous time of launch. Apple claims the new MacBook Pro can charge up to 50 percent battery within 30mins. Also added is a new slot-in port for SD cards and HDMI.

In addition, Apple also introduced another feature back in 2016 tagged “Touch bar” in the 2016 MacBook line up which is now gone, bringing a big relief to users who claimed it served no real purpose for them.

Although Apple Touch Bar was an outstanding added feature to the Apple laptops before now as it enables applications to offer touch access to their most important functions Apple sees the need to do away with it in the 2021pro models MacBook.

Another unique feature is a top notch added retina display at the top of the display screen given 1080p webcam for FaceTime HD camera, up from 720p. This enhancement will bring about better image quality.

Apple also debuted its new design Airpods, labeled Airpods 3. The new gen airpod are much similar to the AirPods Pro given that it’s has shorter stems like the Airpod pro model.

One standalone feature of the new third-gen AirPods is that they are water resistant with IPX4 certification. The Airpod 3 spots a touch sensitive feature which allows you to control music and as well as answer incoming calls. It also comes with an improved audio as Apple’s Spatial Technology only available in AirPods Pro and the AirPods Max.

The AirPods 3 launches with a significant improved battery life of 30 hours max. The 2019 launched AirPods only gave us 24 hours of playback in total but the new AirPods 3 offers beyond that alongside with a wireless charging feature.

Other Notice From Apple’s October Event

The tech giants also revealed it’s launching a new Apple Music subscription tier; which will be regarded as a Voice Plan for $5 and it allows you to access all of Apple Music features only with the use of Siri. In addition to that, Apple Music will also be obtaining a new playlists for hundreds of moods.

New colours have also been made available for Apple’s Homepods mini series, colours available are: yellow, orange and blue.

Apple announced it will be launching a new update OS for it’s MacBooks as well as macOS Monterey which will be publicly available starting October 25, 2021. The new update will feature a better tab management in Safari, Quick Notes, as well as Low Power Mode. Users of MacOS Monterey will also be able to change the colour look of their cursor.

For more update notice on future Apple Events as well as from other tech giants like Apple, kindly subscribe to our news later below. 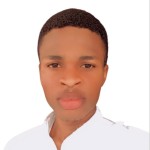